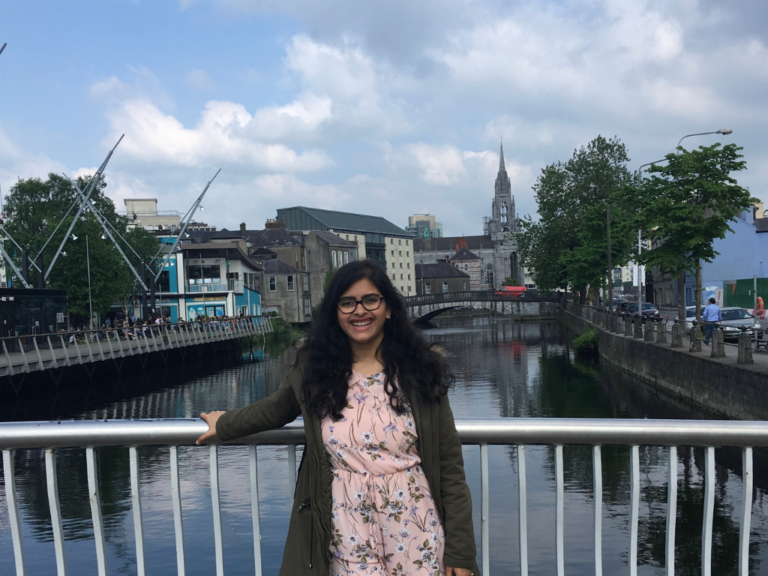 I’ve been a home bird for the first 25 years of my life. I was born in Calcutta, India. I went to school there, went to college there – even worked there. I lived in the same house I was born in – an old, huge mansion built in 1889 by the Brits with my parents. If I have to describe life in Calcutta, I’d say it was relaxing. Sure, I worked (and not a 9 to 5 job – I was in advertising, so my average work week would be of minimum 60 hours). But the life in Calcutta had a certain old-world charm to it. Living cost was low, there were many places to eat, party, and relax. Calcutta was, and will always be, আমার শহর (my city).

Then, due to some magical twist of fate, on 20th August 2017, I found myself packing my bags to hop on to a plane to Ireland as I had got an opportunity to do my masters at CIT. To be honest, before coming to this country, my idea about Ireland was limited to Cecilia Ahern novels and Hollywood rom-com movies which heavily featured Dublin. I didn’t even know about Cork until I started my research on masters in Ireland. So there I was, on the 21st of August, standing with 2 suitcases on the bank of River Lee, waiting for my new landlady to pick me up to take me to her home in Ballincollig where I’d be staying for the tenure of my Masters.
To be honest, I acclimatised quite well with my new life. Cork started to feel like home to me since day 1. Sure, I missed my parents back home, but I couldn’t stop finding parallels between Cork and Calcutta.
I could go on and on. However, I guess the point I’m trying to make is Cork feels as much as my home like Calcutta did. It is not easy to uproot oneself and move to an unknown land, without your family or friends.

I have earned my place as one of their own – and that sense of belonging serves me as a warm hug on a cold winter night.

Moving to a foreign land not knowing anyone pushes someone out of their comfort zone at an accelerated speed of 100mph. However, when the person lands at a new place and finds a sense of belonging in the new environment, that speaks a lot about the place rather than the individual.
In my case, Cork has accepted me as one of its own, like Calcutta accepts everyone coming from outside with open arms. I have made connections with people to last a lifetime, I’ve found my safe havens within the boundaries of the city, I’ve even found my favourite coffee shop.
When I walk out of my house and pass by the shops at my neighbourhood, I find the shop owners, and the pedestrians, often giving a familiar smile. I have earned my place as one of their own – and that sense of belonging serves me as a warm hug on a cold winter night. After three years of living in Ireland, I can say today that even Cork feels like আমার শহর – My city!