Four years after Repeal -where are we at? 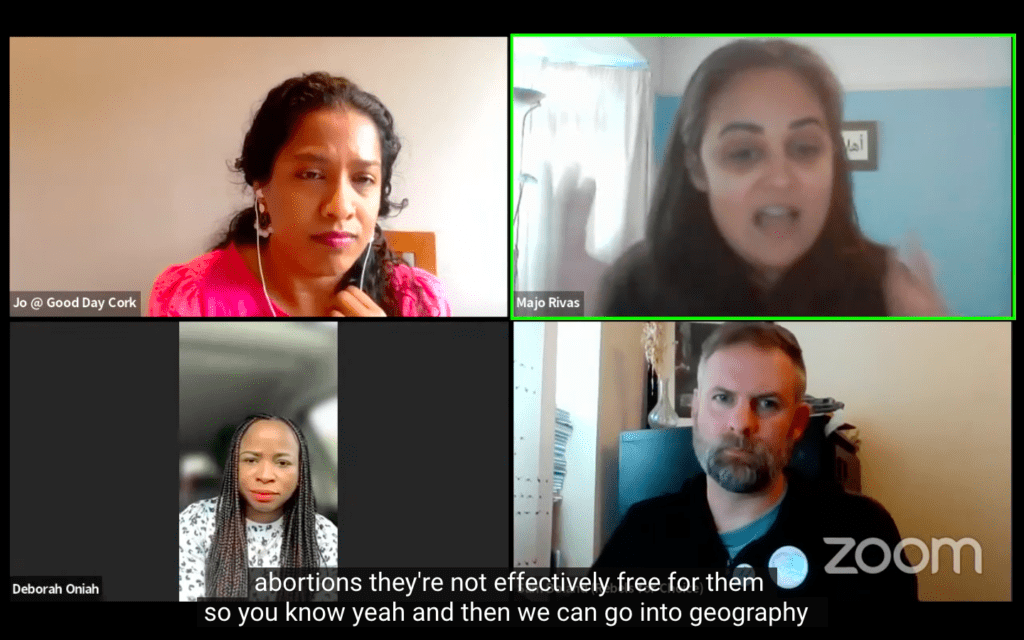 On 25 May 2018 a majority of people in Ireland voted to legalise abortion. Four years later, many people still cannot access abortion care. To remember what we fought for and to discuss what we still have to do, Good Day Cork organised an online conversation on the Repeal Anniversary.

Majo Rivas, a human rights lawyer based in Cork.

Joanna Dukkipati, Editor-in-Chief of Good Day Cork talked to the speakers about what they would say to policy makers to urge them to swiftly build safe access to abortions and how we can empower people of all genders, age groups, abilities and cultural backgrounds to remove bias and uphold the right to choose.

Different barriers to abortion care were discussed, such as only 1 in 10 GPs offering abortion services and only 11 out of 19 maternity hospitals. There is a rural divide when it comes to access too, with a much less developed service outside of Cork City. Stigma and a lack of information also work as important barriers.

In order to empower people and to uphold the right to abortion, Deboarah, Majo and Sam offered that we need to continue to unpack bias, listen to people who need to access abortion care, and work on progressive sex education.
Watch the full conversation below.
Play Video