"I am finally free to stand up for myself" 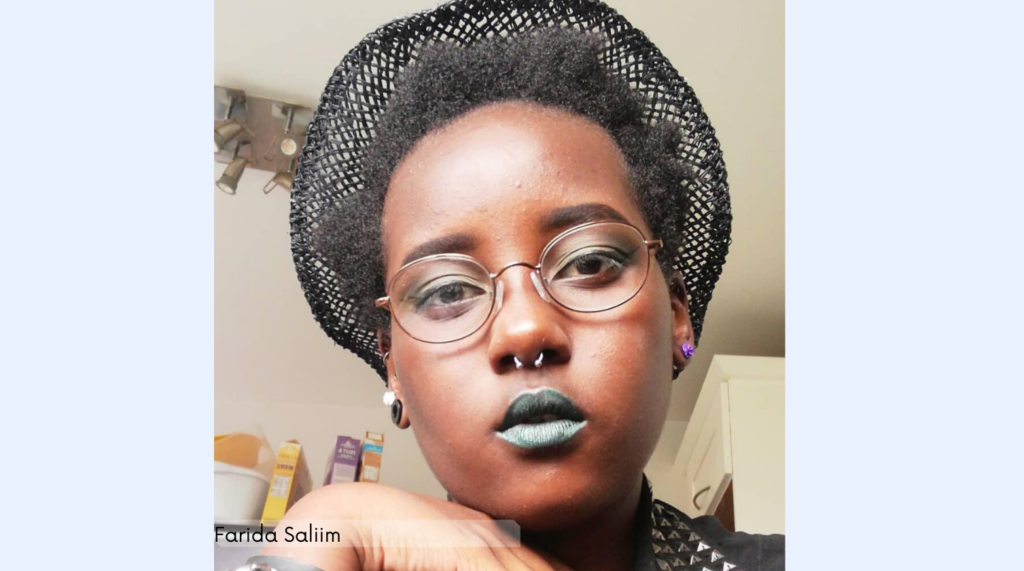 Hey there! My name is Farida Salim. I am a 19-year-old Kenyan-Irish woman, born and raised in County Cork. My family has lived in Ireland for a little over 20 years.
I don’t recall a time when I haven’t experienced racism in the country I call my home. One of my earliest memories was when I went to creche. There were not many Black children there (I believe there was only two of us) so of course we were a bit of an anomaly to our White classmates. I remember being called a “monkey”, having sand thrown on my natural hair, having it yanked and being shoved to the ground when I tried to stand up for myself. But most importantly, I vividly recall trying to tell the teacher and having her scoff at me and walk away, leaving me clearly distressed and traumatised from the experience. If only that was an isolated incident.
At the age of 7, I moved to the countryside with my family and of course there were (and still are) only two Black families in my area, my own accounting for one. Needless to say, this was a shock for me as I had grown up around people of all backgrounds and races. I had grown so accustomed to having neighbours who had similar experiences as me, similar lifestyles and cultures and moving to my area had shown me a very different side of Ireland that I had never expected to see.
It was evident that my new neighbours had never met a Black family before and they made their ignorance very clear. One or two children told me their parents had instructed them not to associate “with my sort” and that we were “dirty, stupid monkeys”. And of course my word against that of their parents was worth nothing. I remember the little fights I would have with the White children who constantly told me that “you’re black so you came from monkeys and that’s why you look like ‘that’ ” or even having neighbours, who we had known very well, refer to me as “a dirty n*gger”, “a thief”, and “an illegal”. I think that is when I started to see the world as ‘us against them’, which is the conclusion that any child who had experienced trauma would come to.
Things in Primary School were not much better. Being forced to do English resource classes, even though I was an avid reader and easily had some of the best English in my class. Being picked on for my hair. Being excluded and belittled frequently by my classmates for no reason other than the colour of my skin, which they made quite clear to me. And worse yet, having none of the teachers believe me, and several teachers bullying me, making inappropriate comments and giving me a generally difficult time at every opportunity.

I remember at one point being the only Black student in the school of about 450 students and knowing that everything I do will be watched and scrutinised.

Remembering what I was told at home about this strange concept called “racism”, I always felt it was unfair that the White children would never know anything about it, and that at my own young age I was forced to learn about it, and in such a harsh manner.
But now I am in college and an adult, and though I still experience racism on occasion, I am finally free to stand up for myself while educating others on the matter as best I can. And most importantly, to wear my skin and hair with pride and fully embrace my Kenyan heritage alongside my Irish life.
It was hard to enjoy my traditional meals when my friends were bragging about their ‘Sunday roast’, which I still have not tried to this day. But as I grew older and began to cook, I learned how to incorporate both cultures into my meals as often as I can. I do this to help bring me closer to both sides of my identity and enjoy every second of it! The journey of finding myself and realizing what I am is only beginning, but at least now I am certain that I am Kenyan-Irish and proud.