"I do feel Irish and love the culture here." 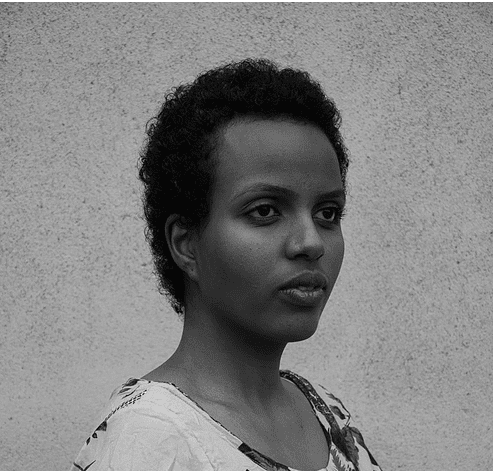 Four years ago, I left my beautiful France behind in search for a better place. I left for a place where I would learn a new language, meet new people and start a new life by leaving my comfort zone. I left France because I was tired of being rejected for being who I am. There’s only this much I could bear when I watched people of colour unsuccessfully fight so hard to be accepted by our French society. Some of you might call me selfish for not fighting alongside them, but I call it self-preservation. I was raised in a first generation immigrant family. I was tired of hearing my parents say, “This is their country and they can treat us as they wish, we just need to stay calm and be good citizens.” ​
I moved to a place where people didn’t have the urge to remind me that I was black and I wasn’t welcomed there. I wanted to feel like home where I lived. When I came to Cork this is how I felt. Most of the people treated me as their equal and this was a special experience. For instance:- When I was asked, “Where are you from?” I replied, “France!” The next question would stop at, “Which part of France?” I was no longer being told I wasn’t French because of my skin colour. People now apologised when they mispronounced my name and learned to say it right. This joy of being fully integrated started to make me feel good. But like any place on earth, there are good and bad people. I began facing racism in Ireland about 2 years ago and thought, “Please not again!”

People in Ireland must educate themselves on other cultures to stop racism and discrimination from growing like in other European countries.

Recently, I was offended and hurt by people’s ignorance when they were touching my child in shops. When I asked them to stop, the majority of the time people would reply, “Why do you care?” or “Can you just do your job and keep your opinions.” This is because they assumed I am a babysitter or an au pair because my son who is bi-racial and light- skinned. His father is bi-racial and doesn’t appear so. I have observed many white Irish mothers with multi-racial children and people don’t question them. Next year my boy will be 3 years old. I am very anxious that he might go through what I went through growing up. However, I hope for the best. Once, I was on a bus to Mahon Point and there was a group of people discussing jobs and unemployment. During the bus journey, their eyes were on me and with their rude assumptions laid on me. Please note this is micro-aggression. I had had enough and stood up for myself. I told them that I was French and full-time employed. I advised them to learn new languages to get a job, because there are a lot of companies looking for foreign language speakers. I shouldn’t have to go through this again when I came here to have a better life.

This time I refused to be silenced and will defend myself. I love Cork City, I love Ireland.

I am lucky to have found many opportunities here. If others have a problem with my presence, that’s a pity – because I do feel Irish and love the culture here. I will be working hard to be a better version of myself and give back to the community what I can. I will always fight for love, justice and peace.