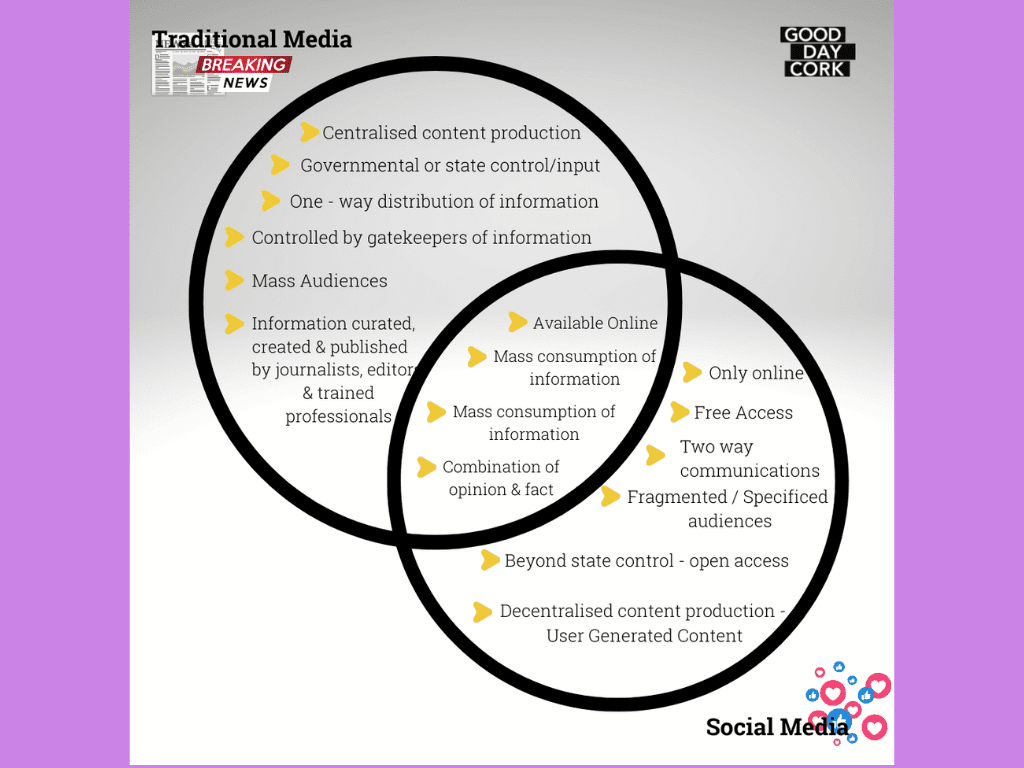 Social Media and Traditional Media can sometimes feel like two sides of a cultural war and at other times a parental and child relationship.

Each has had a very defined place in society but now that definition has been blurred.

So now, in 2022, Social Media & Traditional Media- what is the difference?

The greatest difference is that social media has led to the decentralisation of content production.

Traditional Media – newspapers, radio broadcast, television – rely on editors to create, curate and produce content for the dissemination to mass media. Generally speaking, to become an editor or reporter or content producer, one would need to train in the profession and work for a production company. Any creative product (video/audio/essay/article/photograph caption etc) would need to be reviewed, edited and approved by a team of content staff before publication and dissemination to mass media.

Social Media has turned this completely on its head.

Social Media is a public sphere in which the user/viewer is also the content reviewer, editor, creator and publisher. ‘This is a significant shift from media that are controlled by a handful of large corporations or governments engaged in broadcasting centrally produced content, to open, publicly accessible media in which anyone can produce and distribute content.’ (Tench & Yeomans, 2017)

This eliminates the top-down communication model in which political leaders and management had the control and power to dominate narratives in public discourse. Through social media, voices were offered to groups that would previously have been marginalised from traditional media and political representation. A fantastic step in the direction of taking control of and changing outdated and improper media narrative.

However, not without its flaws.

One of the most serious concerns raised in relation to social media is that the content bypasses the ‘gatekeepers’ who operate in traditional media. These are ‘gatekeepers’ who would fact check, verify sources, confirm statements and ensure that the information being publicly disseminated was as accurate as possible.

The issue that presents itself, is that users of social media that present themselves as thought-leaders and ‘citizen journalists’, not connected to any publisher of centralised source can remain unaccountable for their publications. There is no process on social media to distinguish opinion from fact or rumour as truth.

It is up to us, the users, to educate and enlighten ourselves to the sources of information from which we consume our information to form our opinions. Understanding the agenda’s that drive centralised content producers but simultaneously critiquing what we see on social media.

There should be no prejudice against the consumption of traditional media nor should there be disregard of sourcing news from social media – many traditional media outlets have also made use of social media platforms – rather we urge you to review and understand the sources of your information and news. Understand the conscious and unconscious biases that drive the news you read and the voices behind the status quo.

The biggest difference between Social Media & Traditional Media is the decentralisation of content production and that era is upon us.

What are you going to do about it? 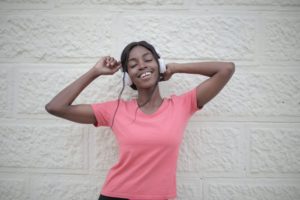 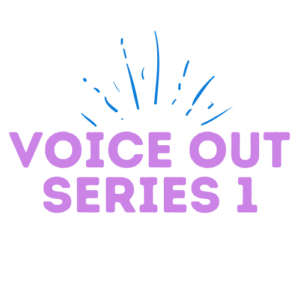